She is honoured with the Nobel Prize in Chemistry 2020! 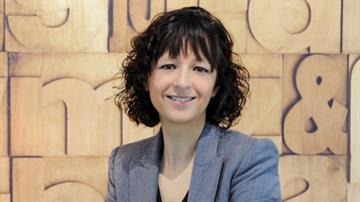 On Wednesday October 7, 2020, the exciting news broke that this year’s Nobel Prize in Chemistry was awarded jointly to Emmanuelle Charpentier (Max Planck Unit for the Science of Pathogens, Berlin, Germany) and Jennifer A. Doudna (University of California, Berkeley, CA, USA)  "for the development of a method for genome editing".

Emmanuelle Charpentier’s research on the bacterial pathogen Streptococcus pyogenes uncovered an intriguing new RNA molecule, tracrRNA, involved in the pathogen’s CRISPR/Cas system that protects against viruses. Subsequent work with Jennifer Doudna showed the molecule was crucial in vitro for the action of the bacterium’s ‘scissor protein’ Cas9 and CRISPR-RNA in targeting virus DNA. Furthermore, combining tracrRNA and CRISPR-RNA into a single guide molecule, and controlling the guide molecule’s sequence, demonstrated that CRISPR-Cas9 could become a tool to precisely cleave any DNA at a location of choice.

The discovery of the RNA-guided CRISPR-Cas9 system has led to easy and effective methods for genome engineering that have been used extensively in life science research, and promise much for agriculture and medicine.

For the 45th FEBS Congress, Emmanuelle Charpentier was already selected to deliver the FEBS Theodor Bücher Lecture. Join us on July 8, 2021 to hear her present her own story of her research in her lecture entitled ‘‘The Biology of CRISPR–Cas" – and congratulate her not only on the recent Nobel Prize but also on the presentation of the FEBS Theodor Bücher medal.